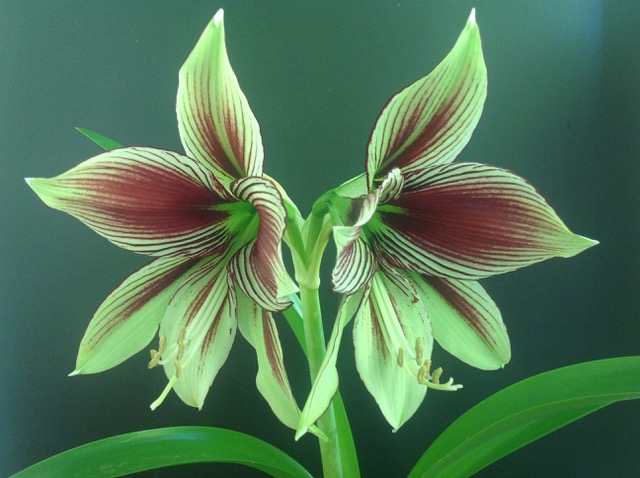 I awoke and there it was —
the garden not a garden but a green
oasis of salvation, a wavering image
on the roof of a cave illuminated by a single
candle, a phantom reflection of my face in a stream,
a budding of branches after long months of hard rain,
breeding ground for late-arriving robins, place of rendezvous
for a conclave of earth worms, sweet refuge for a phalanx of ants
in sure formation, dwelling place for a family of gaudy perennials,
abode of the sunflower, magnet for pools of fallen leaves never raked,
fragrant berth in which to lie at the beginning and end of a long journey,
echo of a dream of childhood, its wild joy lingering like a mist that covers
everything without warning early in the morning, a land promised and given,
a single point of adoration — this garden, this kingdom, this haven, this heaven.

Long before we were made
the earth spilled over with names —
a wave of yearning gestures
to remember love.

The Adam we speak of
didn’t precede the trees,
their green announcement
of heart-shaped leaves

rising out of the maelstrom
into articulate form
graced with blossoms,
fruit and seeds.

The world was botanical —
vegetal in nature,
God made the gourd
and it was fresh

could be roasted over a fire
or boiled until its flesh
released the nutty fragrance
of earth into air.

with wandering steps
and slow
to make our way
through what was left.

Then came the naming
of the names,
when we stood apart
from plants and birds,

living things we loved,
called out their names,
like distant relatives
come to claim kin —

She Considers the Lilies

They grew along the foundation of the house,
Invading, after years of secret germinations,
my grandmother’s garden, taking root
beside the peas and thick-skinned beans
that were so honored at her table.

And I wondered — in those years when the soil
turned to dust, did she ever consider eating them?
Would the elderberries down the lane, so tart
and mean even in pies, give argument for why
the lily might hoard in its pith some sweetness?

Would the tuberous roots have called a halt
to their fierce advance as the slender blooms
bowed their heads to her scrupulous God,
in praise of Him who did not waste or want?

Would the green noses pushing out of the soil
recall the miraculous head crowning at birth
and proclaim the right of living things to grow
and not be tampered with, even for food?
(She clipped the rosemary that mobbed
her garden not for salad but remembrance).

I believe she knew they were not made for eating,
neither to toil nor spin, but dressed in the only language
they knew — cloven tongues of fire! — to bear witness
to her exaltation as she resurrected the dead earth,
picked out the rocks, rolled away the stone.

Bio:  Sandra Lynn Hutchison is the founder and editor of e*lix*ir. Her bio can be found on the About Us page of the journal.