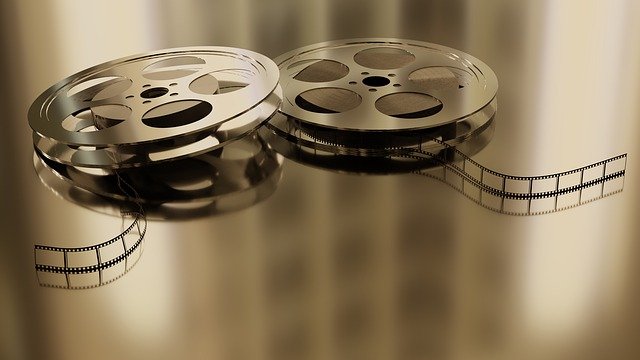 This past winter, I had a chance to talk to Anne Gordon Perry, co-creator of “Luminous Journey,” a film documenting ‘Abdu’l-Bahá’s travels in North America, about writing for film. Here is a record of our conversation. — The Editor

SLH:  How is writing a film script different from writing in other genres, such as the essay or poetry?

Anne:  A film script calls for a different kind of thinking and construction — one that relies on visual realization versus word descriptions, internal reflection or characterization. An interesting exercise, which I’ve done myself, is to turn a short story into a film script. In the process of ‘showing’ the action (through dialogue and gesture, camera angle, or mise-en-scène), you often eliminate description or other unnecessary words. In a documentary film script, the narrator’s voice is a convention; it is this voice that tells the story. But interviews or reenactments can be brought in to introduce some variety.

SLH:  In writing a film script about an historical event, how closely do you feel you must keep to historical record? How and when do you feel there is room for imagining how history played itself out?

Anne:  Accuracy has to be maintained, particularly with Bahá’í subjects, as the Faith is so new, and the review process puts a focus on accuracy and dignity. However, there is room for creative depiction without fabrication, particularly with visual reenactments, which, as the viewer intuitively understands, are simply imagined versions of historical events.

SLH:  Could you talk about the challenge of balancing images and words in filmmaking?

Anne:  In a traditional scenario, the script writer hands over a script to the director and cinematographer, who then do what they want with it. But I like to work with the director/cinematographer, as I often have ideas about how to shoot or bring to life a scene — particularly in the case of reenactments. The cinematographer has often been my husband, who sometimes welcomes my ‘interference’ and sometimes doesn’t. Filmmaking is collaborative, and the roles are sometimes blurred. In my case, I like to supply ideas for the visual realization, and I get these ideas for films related to history by delving into photo archives. But, generally speaking, the script writer thinks differently from the film editor. The latter has to supply imagery for every second, and sometimes scripts have to be trimmed considerably if they are going to fit with the images and into the available time.

SLH:  Could you share some of your ideas about how one might use the Baha’i Writings in a film script?

Anne:  I have found that it helps to select short excerpts from the Writings and to put the words on the screen for emphasis. The attribution should be clear. I tend to be sensitive about gendered language, but not everyone is, so this is just something to be aware of in terms of your audience. Passages from the Writings can be used to powerful effect in films, but you have to be careful not to overdo it lest the film become overly didactic.

SLH:  Your film “Luminous Journey” could be described as ‘docu-drama.’ How did it affect your presentation of your subject, that you could not portray the central player in the drama, ‘Abdu’l-Bahá?

Anne:  We were fortunate in that we could use photographic portrayals; I think it would be much harder to tell a story about the Báb or Bahá’u’lláh. In our film we included stories about ‘Abdu’l-Bahá, told by the narrator or through other voices, and we could use a photo in a scene to suggest His presence. Sometimes, though, it was really challenging.

SLH:  What kinds of strategies did you have to employ in the script or film itself in order to compensate for His absence?

Anne:  At Lake Mohonk, we rented a horse-drawn carriage for the scene in which Lua Getsinger and others travelled with the Master. My husband, with the camera, had to shoot the scene from inside the carriage itself, as if from the point of view of ‘Abdu’l-Bahá looking at the other passengers. Similarly, when we were trying to show how people crowded around Him on the train, we had to shoot in such a way that His presence was implied.

SLH:  Did you edit “Luminous Journey” yourself? If so, what kinds of things did you cut and why?

Anne:  I first wrote a script for a film that would have been eight or more hours long — and then had to trim it considerably! I did this with the help of a few other writers. It was painful to let go of phrases or even whole stories for the sake of creating something of reasonable length. We cut some stories because we couldn’t find a way to present or portray them visually, and others simply because the point had already been made in another story. We tried to cover certain themes and balance the elements. This was a huge job, which took over three years. Every day for two solid years I followed the accounts of Mahmud and others. I grieved when ‘Abdu’l-Bahá left Canada and then left America, as the journey had become so real and so personal for me. The edits took detachment and discernment, and the script sometimes changed when we learned new things based on our location shoots. So sometimes we were making last minute changes in both script and video. There are still some things we would change, if we could!

SLH:  In your view, what are the advantages in presenting Bahá’í history in film vs. a book?

Anne:  Increasingly, we live in a visual culture that relies on media to tell a story in multi-sensory ways. Books are extremely important and often the source for historical material and for inspiration. A film version can be disappointing to book lovers, as readers can imagine for themselves how the characters or setting looks. A film version interprets the story through visual means and through the use of narration or character voices, music, and sound effects — all of which contribute to the overall effect and impact. A film version is usually a condensed presentation of the material so that it can be seen in one sitting. Television has solved part of this problem by producing series and even seasons of series. In the end, the advantage of a film is that it can bring a subject to life by means of audio and visual elements.

SLH:  How do you maintain an attitude of reverence towards your subject and, at the same time, present it realistically?

Anne:  Bahá’u’lláh counsels us to “approach me not with lifeless hearts,” and I try to apply that counsel to my artistic work as well, whatever the subject may be. If I bring my whole self to a project and strive to work in harmony with collaborators, the result will be better. And if I get jaded and tired of the project, the results will not be as good. In the case of ‘Abdu’l-Bahá, with every step I took to give life to stories about Him, my feelings of reverence only grew. There is always more to learn from these stories. Even the more ‘human’ aspects of His life and character are incredibly endearing.

SLH:  Has your involvement in performance art influenced your writing for film?

Anne:  Because I love to perform on stage, I often want to be a character in a film for which I have written a script and am helping to produce. However, when I actually see myself on film, I am usually disappointed and sometimes horrified. Stage work is so much more ephemeral than film, and 4K is unforgiving. So, knowing this, I really appreciate it when actors, commentators, or narrators read or speak well and look presentable on film. We often notice flaws (like costumes held together with safety pins or velcro, nails not filed, and so forth) AFTER we shoot video and then we have to fix the problems in the post-production stage. I feel that I have a lot to learn about writing (and acting) for film. The stage for me is more instinctual and natural; the film format is a bit more daunting — and longer lasting. Still, there are many similarities in the genres, so I suppose some of my interest and experience in theatre influences my work in writing for film.

Anne:  We are working on a film about ‘Abdu’l-Bahá in France and hope to complete it this year. I’m still working on the script, which has proved to be quite a challenge, with much more material than we can realize visually. We dream about making a film set in the other countries ‘Abdu’l-Bahá visited, but it will take more research, more travel, and more energy than we may be able to generate. I also have a short story I’d like to make into a film. But a lack of time and finances and commitments to other projects as well as personal obligations can be a deterrent.

SLH:  What do you feel most needs to be done to promote the art of filmmaking and writing for film in the Bahá’í community?

Anne:  We need to celebrate and encourage those who wish to pursue various aspects of filmmaking and foster their training, collaboration, and networking. Individuals and institutions that can assist filmmakers are needed. I wish there were some kind of electronic bulletin board to help connect those with ideas to those with experience, financial backing, and so forth. So many stories need to be told — some through animation, some through live action. ABS is sponsoring a film festival this year again, which is exciting. We need to be aware of all the films on Bahá’í subjects that are being made and utilize these for our own edification and also in public discourse. Along with Tara Jabbari and Christina Wright, I have just begun teaching a Wilmette Institute course called “Film as a Tool for Public Discourse: Race and Gender.” Derik Smith is a guest lecturer. We hope this will generate further interest in film! 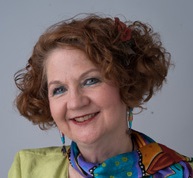 
Bio:   Anne Gordon Perry has a Ph.D. in Aesthetic Studies and teaches Humanities, including film appreciation, at the Art Institute of Dallas. With her husband, Tim Perry, she has created a documentary film entitled Luminous Journey: ‘Abdu’l-Bahá in America, 1912. The film follows the travels of ‘Abdu’l-Bahá, the son of the Founder of the Bahá’í Faith, in the United States and Canada during an eight-month period, depicting how he gave people a glimpse of a world of peace, race unity, and gender equality. It has recently been translated and released in the Persian language and broadcast in Iran and Afghanistan. See LuminousJourney.org.