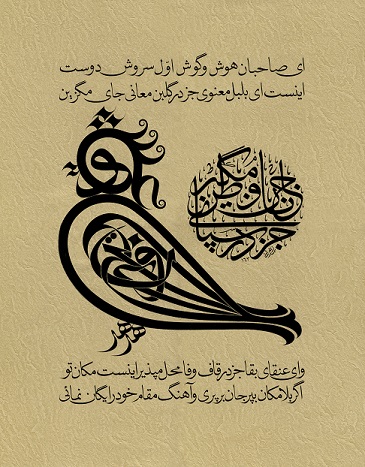 The Hidden Words of Bahá’u’lláh, Persian #1

O YE PEOPLE THAT HAVE MINDS TO KNOW AND EARS TO HEAR! The first call of the Beloved is this: O mystic nightingale! Abide not but in the rose-garden of the spirit. O messenger of the Solomon of love! Seek thou no shelter except in the Sheba of the well-beloved, and O immortal phoenix! dwell not save on the mount of faithfulness. Therein is thy habitation, if on the wings of thy soul thou soarest to the realm of the infinite and seekest to attain thy goal. 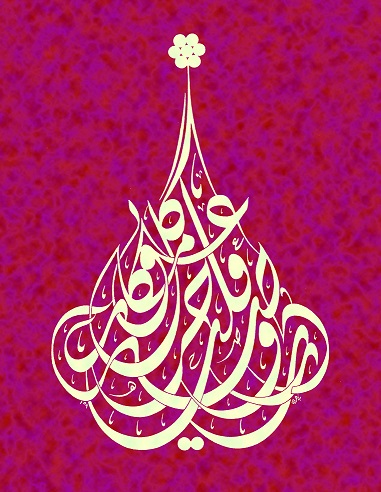 The Hidden Words of Bahá’u’lláh, Persian #3

O FRIEND! In the garden of thy heart plant naught but the rose of love, and from the nightingale of affection and desire loosen not thy hold. Treasure the companionship of the righteous and eschew all fellowship with the ungodly. 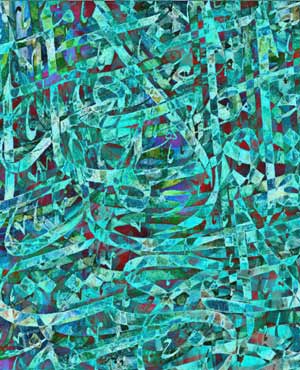 A Hadith from Prophet Muhammad

Paradise is beneath the footsteps of mothers. 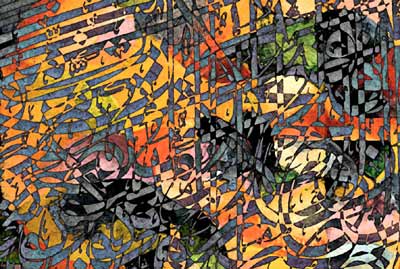 From a Tablet by Bahá’u’lláh

Say: Behold ye not the world, its changes and chances, and its varying colours? Wherefore are ye satisfied with it and with all the things therein? Open your eyes and be of them that are endued with insight.

From the Tablet “Glad Tidings” by Bahá’u’lláh

Consort with the followers of all religions in a spirit of friendliness and fellowship. 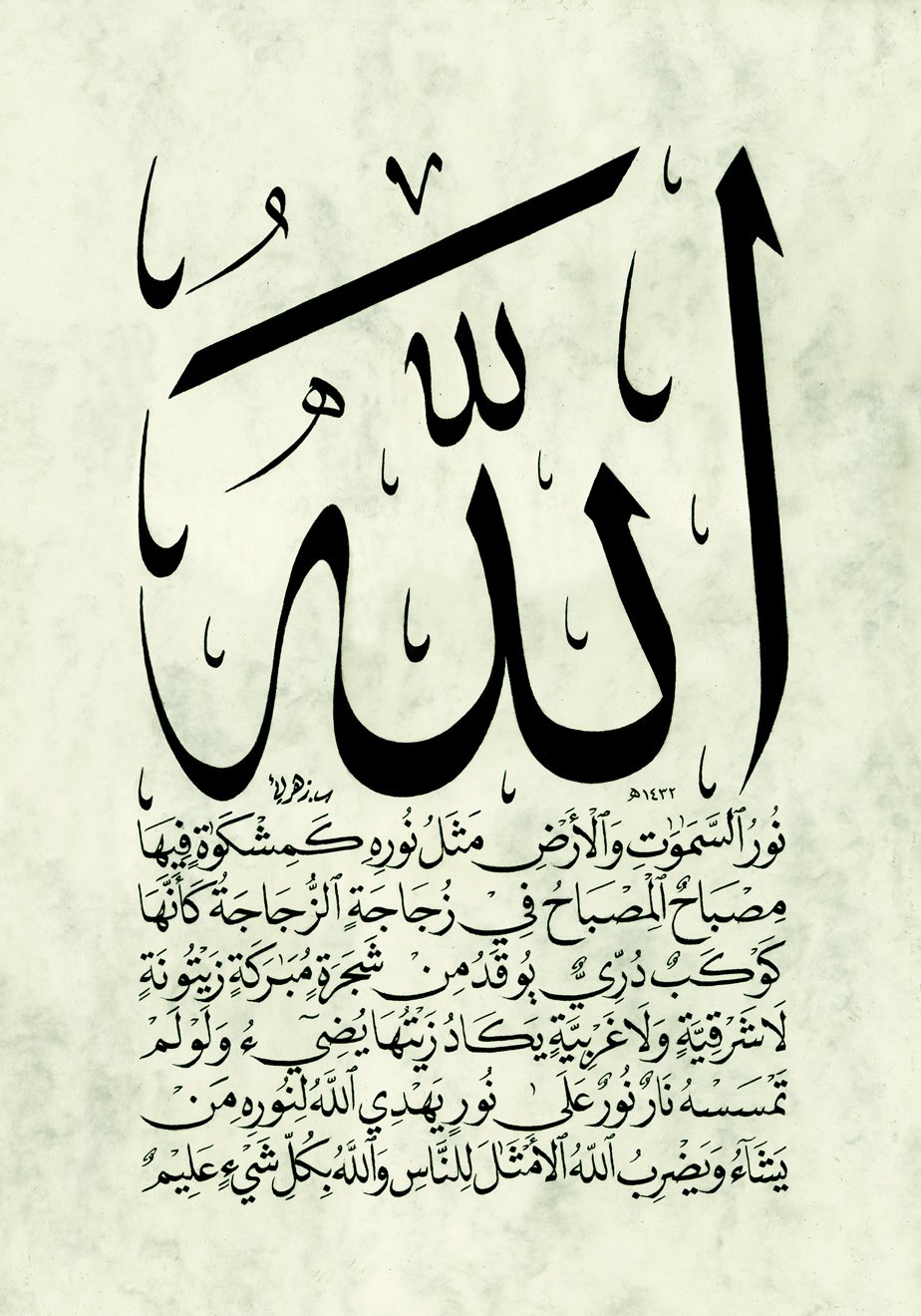 God is the Light of the heavens and the earth. The example of His light is like a niche within which is a lamp, the lamp is within glass, the glass as if it were a pearly [white] star lit from [the oil of] a blessed olive tree, neither of the east nor of the west, whose oil would almost glow even if untouched by fire. Light upon light. God guides to His light whom He wills. And God presents examples for the people, and God is Knowing of all things. 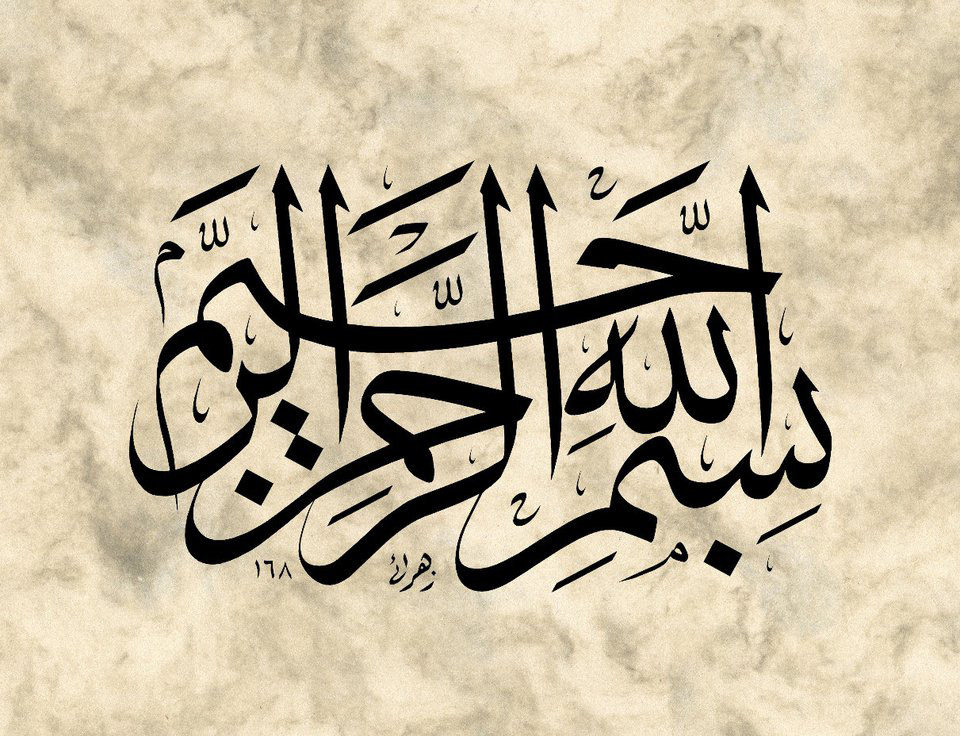 In The Name Of God The Merciful The Most-Compassionate! 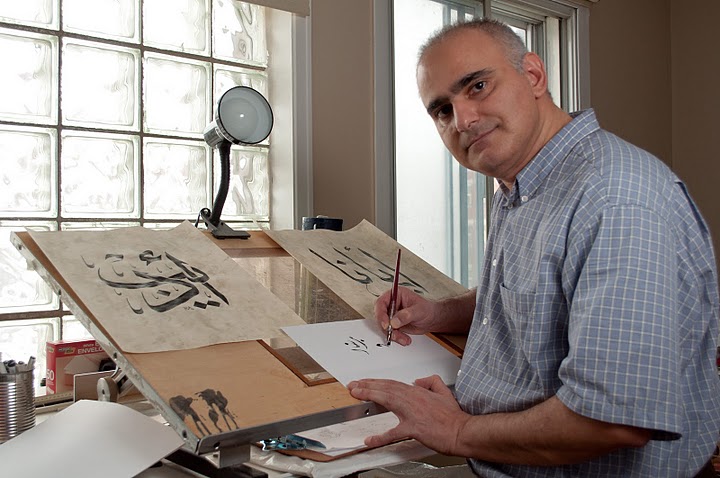 Bio:   Burhan Zahra’i was born in 1963 in Qatar and he moved to Canada in 1986. He has a Bachelors degree in Sculpture from Concordia University, Quebec, Canada. Since the age of 12 he has practiced the art of calligraphy, teaching himself from books, newspapers, and from reproductions of calligraphy by famous calligraphers of the Arab world.

He has done numerious private commissions. A major work of his was a calligraphic rendering of the Kitáb-i-Aqdas by Bahá’u’lláh, at the request of the Universal House of Justice. The transcription of the Kitáb-i-Aqdas was printed as the first authorized publication of the book. Burhan Zahra’i has had many calligraphy shows in Canada. His style is classic and traditional. Recently he started making digital work in color, using photoshop. Burhan sells reproductions and originals of his calligraphy and his calligraphic jewelry via his website.