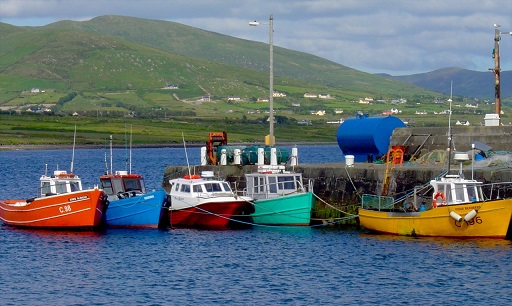 Life in a Maine Village:
Sarah Orne Jewett and the Pace of Fiction

This past winter as I lay sick in bed, I found time to read Sarah Orne Jewett’s masterpiece, Country of the Pointed Firs, a novel Willa Cather ranked as “one of three American works likely to achieve permanent recognition” and Henry James described as “a beautiful little quantum of achievement.” I had started reading the book several times, but I had always stopped after the first few pages. The pace of the fiction was so slow that the demands of everyday life would inevitably call me away before I was drawn into the story.

But lying in bed sick, with nowhere to go and nothing to do — the doctor had ordered complete bedrest as I recovered from pneumonia — I felt hungry for diversion. I looked on my bookshelf. Country of the Pointed Firs was such a slim novel, I thought to myself. I could finish it in one sitting — or one “lying,” as it were. So I pulled the thin book off the shelf and embarked on a journey that transformed my understanding of the genre of fiction.

Why could I not finish this very short novel the first time I sat down with it? It was certainly not that Country of the Pointed Firs failed to engage me as a reader. Nor was it that my own taste in fiction is so inclined to fast paced narratives that it excludes what I would call “the novel of leisure” — that genre of fiction in which the plot unfolds ever so slowly, over hours and days relished by characters who so delight in the minute details of every day experience that their daily lives look more like the precious days of an much anticipated holiday than they do dates to be crossed off on a calendar inscribed with perfunctory tasks.

I think of early twentieth century Egyptian writer Naguib Mafooz. No work of fiction could unveil its purpose more gradually than The Palace Walk in which Mafooz takes us, step by step, on a tour of the mind and heart of one Cairo neighborhood made home to his narrator by an unchanging community of friends and neighbors. Yet, even in Mafooz’s novels, things happen; in Jewett’s, they do not. I do not mean this as a criticism, for I was so taken up with Jewett’s narrative that when I drifted off to sleep — no, I did not make it through the novel in one sitting — I could almost hear dear Mrs. Todd’s chatter and feel her reassuring presence. I knew she would care that I was sick and set herself the task of making me a potent brew of medicinal herbs.

When I say nothing happens in Jewett’s novel, what I mean is that the pace of Jewett’s fiction is so slow, her story does not and cannot live in the flash seconds of our twenty first century. Such fast-paced narratives as form the substance of contemporary best sellers, are foreign, completely foreign, to Jewett’s world. In Jewett’s novel, there is no story problem of significance. Neither is there any real plot. The story, such as it is, is generated by the interactions of the narrator with the local people in a Maine village she visits just long enough to give us a dazzlingly vivid picture of life there.

Country of the Pointed Firs is a celebration of domestic life: the sayings and doings of people within their own homes and communities not only form the substance of life, but serve as the foundation for understanding its true meaning. The characters dwell in a sphere of perpetual sameness in which even the smallest detail, as in the case of Elijah’s deceased wife’s broken “chiny” cup, can so disrupt the rhythm of life as to have the effect of sacrilege.

In Country of the Pointed Firs, small things are everything — and everything is nothing. And were this not staunchly Protestant New England, one might think one was sitting under the bodhi tree with Gautama Buddha, who, in his nirvana state, experienced each passing second as an eternal “now.” Nothing much happens, and nothing needs to happen. The story comes alive in time made sacred by daily ritual, but it cannot live in a world in which events are more important than people. The sayings and doings of the people of Dunnet do not merely carry forward the plot: they are the plot. The characters in this novel, do not merely inhabit the story: they are the story.

And what wonderful characters they are! They are never too busy to spend time with their neighbors. Nor does the pursuit of personal wealth, the quest for “things,” take up their time. In Dunnet, wealth is defined by the breadth, strength, and ongoingness of human connections. All Jewett’s characters know that if one has no dear friends and neighbors, not to mention beloved family members, one truly is an island and not just living near one. The characters in Country of the Pointed Firs are people of substance: characters with character, individual monuments to the various virtues that grace the human world with goodness.

By the time I had finished Country of the Pointed Firs — in two sittings — I longed to meet the people of Dunnet in the flesh, or, at least, to seek out a place where the anchor of human love still moors that splendid vessel on which we all sail — the boat of community. But it did not take me long to realize that I need not look far, for I live in a Maine village myself. And though my village does not lie on the coast, it is a place where a sense of community thrives and acts of kindness abound. As I put Sarah Orne Jewett’s small masterpiece back on the shelf, I decided that as soon as I was well enough, I would walk down the street to the local coffee shop and, over a cup of tea, sit with one of my neighbors and talk about why nothing much happens or needs to happen in a Maine village.