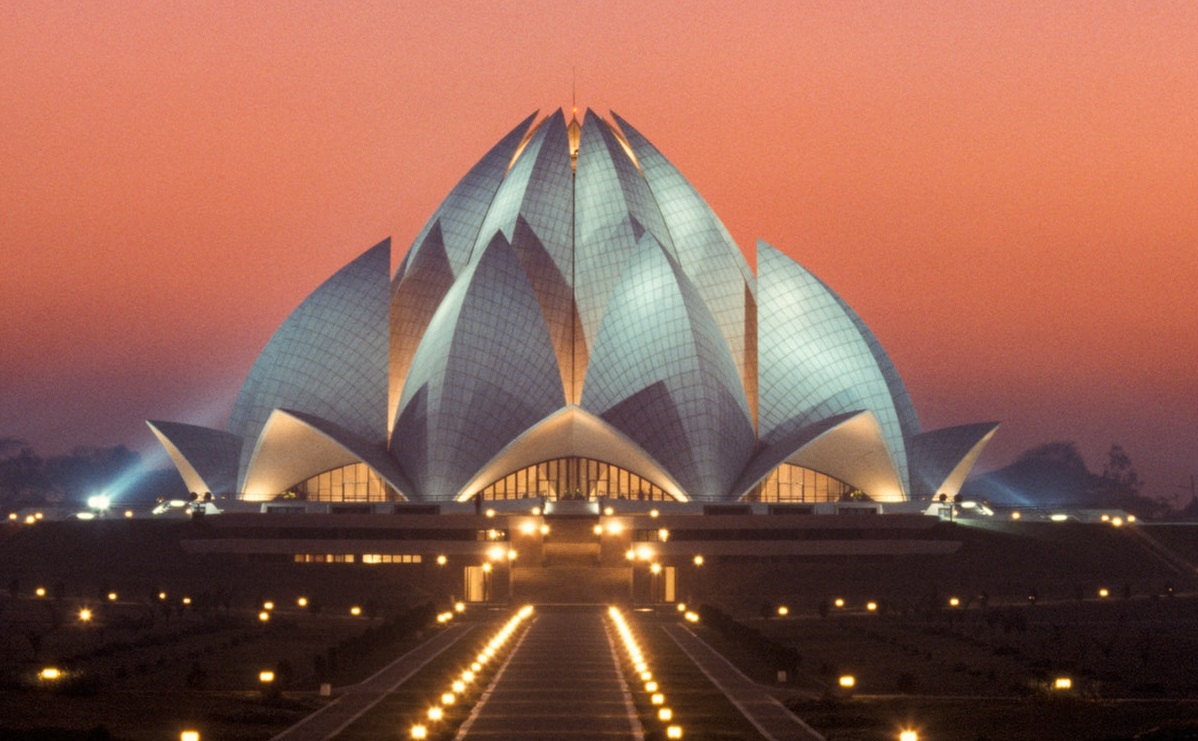 My Soul Dances in New Delhi

Two years ago, on the first day of March, I flew to New Delhi all alone to give a month of service at the magnificent lotus temple. Those few short weeks turned out to be the happiest of my life so far. Since then, I have returned to New Delhi again and again, and whenever I think about that holy city my heart begins to beat a little faster. Now I love that city as much as I love my own hometown. I can truly say that the soul of that city has become the friend of my soul.

When I landed in the airport in New Delhi, I could immediately sense that I was far from Iran. I felt the heat and humidity. I inhaled the flowery aroma of the strong perfumes worn by the women. I listened to the sound of their jewelry jangling as they walked. I saw so many colors and patterns of saris! I also noticed the slowness with which the women walk since their saris are heavy and force them to walk at a gentle pace.

Once I reached the heart of the city, I found I did not have a second of silence. The rickshaws honked continually. The merchants called out to advertise their goods. To be heard above the hubbub, people were speaking loudly, even shouting. Hens, cocks, and cows wandered the streets, bringing their own voices to the racket. Suddenly, I came upon the old bazaar, one of the loveliest and most fascinating places in the city — a long alley with merchants, mostly middle-aged women on either side of the alley, making and selling handicrafts. Some children approached some tourists, to invite them to sample the homemade food they were selling. It was so hot and crowded I could barely walk, so I stopped for a moment to record the scene in my head.

It is when I arrived at the Bahá’í House of Worship, however, the “Lotus Temple” as it is often called, that I really experienced the wonder of this city. Built to resemble a lotus flower on the outside, the inside of the temple is simple with little ornamentation. But whether you are inside or outside, the temple seems enormous, truly magnificent, elegant, glorious, and powerful — much more beautiful than what I had seen in pictures since childhood. During the day, the temple is adorned with the colorful dress of many Indian visitors, and at night, that beauty is multiplied by the soft glow of lights.

When I first entered that holy place, I could not fight back my tears. I was crying for all the years the Bahá’ís in Iran had to gather secretly in their homes to pray, and for all of my Bahá’í friends who could not experience these moments of freedom with me, who could not hear the bird song mixed with prayers or see the stunning gold flowerpots on the proscenium filled everyday with fresh flowers, who could not visit at dawn, as I did, to sit in the second row bench and gaze at those fresh flowers and pray.

Without doubt, New Delhi is a magical city, and if you go there, it will cast its spell on you. I cannot believe that I even loved the crowds and the loud noise! As for the lotus temple, so many people have asked me what it was like to serve there, but even after more than a year has passed, I have not yet been able to explain fully my feelings about that beloved place. All I can say is that New Delhi will always have a special place in my heart. As for my soul, it is still dancing in the lotus temple.