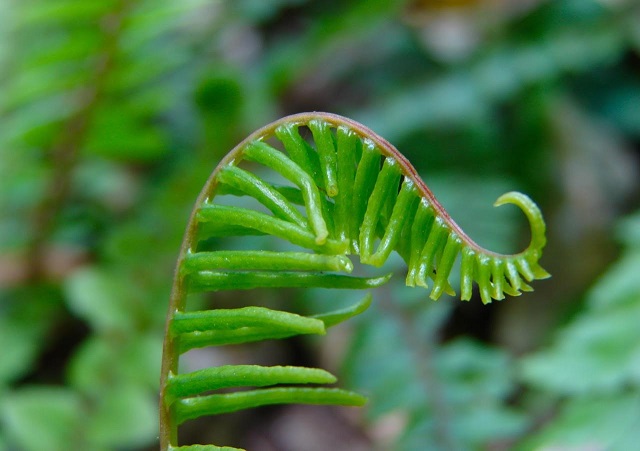 Joining the Circle:
Art and Spirituality at Little Pond

Some years ago on the highest hill of Bill George’s Little Pond Arts Retreat near Nazareth, Pennsylvania, I took my seat in a circle of logs placed end to end around an enormous bonfire. After many years of practicing my art, I still struggled to marry my writing to my faith. My daughter was only two at the time, and my husband had agreed to camp with her in a field just beyond the retreat house while I stayed in the renovated barn on the property and joined a writer’s retreat led by Bill, an actor and director, and Sally Cordova, a painter. It was my daughter’s first experience of camping — and my first time away from her for more than a few hours.

The week was a gift from my husband and intended to offer me precious time to turn my attention to my creative work. I knew that detaching myself, even a little, from the intense experience of first motherhood, would be a challenge for me. What if my daughter got sick? Who would keep track of what she had eaten? But husband insisted he would “take care of it.” I was told to let go, and so, with some difficulty, I did, determining to glean what I could from each workshop session and to devote myself, in the free time between sessions, to generating some new work.

I was the only registered participant, but Bill had neither cancelled the workshop nor cut back on the staff. I was the privileged wayfarer on a journey with two guides who gave me their full attention. Bill and Sally approached each of their workshops with a focused, almost meditative intensity. Clearly, they understood that numbers were not important, and that the journey of just one soul in search of a voice for an art that celebrated spirit, was enough — quite enough.

During the Little Pond writer’s retreat, art and spirituality were organically intertwined in a rhythm of prayer, meditation, and artistic practice. Each morning at 7:30, Bill would wait for me outside the door of the barn. Silently, the two of us would ascend the hill then sit in the circle of logs for morning prayers. Afterwards, we would return to the barn for a communal breakfast with family members before retiring to the screened in porch, which served as our meeting place, for workshops and for the readings of poetry and scripture chosen by Bill and Sally.

As we listened to the soft drone of the dragonflies that buzzed outside the window and savored the beauty of the tiger lilies now fully in bloom all around the pond, we began our work for the day. We started by writing for a beloved other. Next we wrote for ourselves. We went on to write for the “good” — of the world and all its people. Finally, we addressed our writing to that divine source of all spirit and art — God, the Creator. It was understood by all that the writing or drawing being produced was a gift of the holy spirit, and the work was treated as such.

Throughout the week, Bill and Sally journeyed with me through the landscape of my imagination and helped me to map the terrain in a series of poems. Bill’s multimedia approach to art and spirituality included the exploration of dance, sculpture, mime, drawing, theatre, and — of course, since it was my own medium — poetry. As I experimented with new art forms, I found that each enriched the other. Even though I had not drawn for years, I came away from the retreat with a portfolio of chalk and pastel drawings that surprised me — because they embodied themes I had not probed before and because through the process of creating them, I felt myself released into a new kind of freedom to practice the art of poetry.

One of the poems I wrote during that week, “A Prayer in Nine Postures,” was published in my 2008 volume, The Art of Nesting. The poem chronicles my experience during the week at Little Pond and invokes that moment of awareness and deep commitment during which I surrendered my art to the Source of all spirit. And so I include the poem here, in this issue of e*lix*ir, as an example of how prayer and meditation might become interwoven threads in the bright fabric of poetry.

By the end of the week-long retreat, Bill had shared with me a plethora of hard won insights gained from his years as an actor, director, and playwright. In the process, he had helped me to understand how writers might use their gifts to change hearts and souls. Bill and Sally had generated a culture of affirmation such as I have never experienced before or since in a writing workshop, one that banished ego and celebrated spirit and in so doing allowed the work to speak for itself and for all of us to hear in it an echo of the divine word.

On the last morning of the workshop, Bill and I climbed the hill together to sit in the circle of logs one last time to say our prayers. After our prayers, as we sat in silent meditation, we witnessed something truly remarkable: the most unusual thunder storm I have ever seen. A single rain cloud hovering on the horizon moved swiftly then stopped above a single tall elm then burst forth, pouring all the rain its stored up bounty on this tree and this tree alone.

When the shower ended, a glorious rainbow appeared. I believe that moment marked my passage into a new stage of commitment to my work as a writer, and Bill and I both recognized it. That evening, our last at Little Pond, my husband and I watched the stars come out as our daughter caught glowing fireflies in her cupped palms. As a writer, I felt a peace I had not known before, for I had claimed my place in the circle of logs surrounding the sacred fire — that flame that is set ablaze by the power of the holy spirit igniting the mind, the heart, and, most of all, the soul of the artist, a flame that will one day be subsumed by an infinitely bright and oh so holy light.

A Prayer in Nine Postures

To praise wine berries is to dive deep
into the heart of redness
and come up laughing.

Birds, butterflies, an enormous lady bug
(the largest I have ever see)
with big black spots on its back
brings me to sumac, cornflowers, and bachelor button
all wrapped in Queen Anne’s lace,
a filigree of prayer.

An ankle touched by a rain drop
spun from grass.
I remember the solitary tree
the rain showers chose
this morning.

The fencepost beyond which there is no passing,
silhouetted, waiting.
A cobweb intervenes, silk spun by a spider.
Blackberries dot my path, stain my page,
I pass a cross wound round with vines,
Notice how long, slim boards in a rounded hole make a fence —
The burden of too many things.

V
“and remembrance of Thee my companion...”

Passing through a veil of green,
I begin to see nothing but greenness.

VI
“and the power of Thy sovereignty my succorer...”

The beech tree turns red in the middle of summer,
It has its own reasons.

VII
“and Thy habitation my home...”

The shadows on the path open on to sky,
Wind calls to a wider view —
birds,
red barn,
white house,
little pond,
the kitchen where Styve makes salads,
the blue and yellow tent where I lay with my love,
the overshadowing hammock holding father and child.

VIII
“and my dwelling-place the seat Thou hast sanctified from the limitations imposed upon them who are shut out as by a veil from Thee.”

Clouds, the clouds of unknowing, sweep over
and I must cease from praising wine berries, cornflowers, tiger lilies
and even groundhogs.

IX
“Thou are, verily, the Almighty, the All-Glorious, the Most Powerful.”

A monarch’s wings
and others sculpted from light
bear me on to the homey crest
of the small hill.

I take my seat in the circle of logs
at whose heart the embers burn on and on.


*Lines from a prayer revealed by Bahá’u’lláh