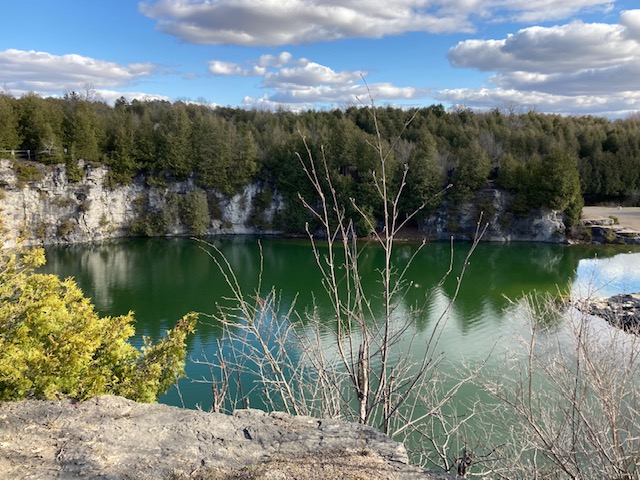 As spring dawns in the northern hemisphere, bringing its first flowers and nourishing rains, the unnatural light emanating from exploding bombs brightens the skies over Ukraine. And as the Bahá’í community celebrates its Most Great Festival, those days on which Bahá’u’lláh declared His mission as the Prince of Peace, swiftly-passing fighter jets, like creatures of ill omen, cast furtive shadows over that land. One can almost imagine the fields of this richly agricultural country, the bread basket of Europe, crying out at being abandoned so close to sowing time, yet those who can, flee, seeking safe haven in neighboring countries. And the people of Ukraine are not alone in their suffering. According to the most recent report of the Stockholm International Peace Research Institute, active armed conflicts were taking place in at least thirty-nine states in 2020, with a total of 120,000 deaths issuing from these conflicts. As we ponder these numbers, we may wonder at humanity’s capacity for destruction. We may ask ourselves what it would take to eliminate war from the face of the earth? Is peace possible or is humanity destined to be forever plagued by the kind of conflicts we are now witnessing?

In these days of world-shaking crises, as some are wondering what our planet’s future will be and others if it has a future at all, we invite our readers to reflect on the words of the maiden who appeared to Bahá’u’lláh over a century ago in a garden just outside of Akka, Palestine. Presenting herself as “one of the Beauties of the Most Sublime Paradise, standing on a pillar of light,” she proclaimed herself to be the embodiment of the virtue of trustworthiness:

By God, the True One! I am Trustworthiness and the revelation thereof, and the beauty thereof . . . . I am the most great ornament of the people of Bahá, and the vesture of glory unto all who are in the kingdom of creation. I am the supreme instrument for the prosperity of the world, and the horizon of assurance unto all beings.

A symbol of the “Most Great Spirit,” the maiden is present throughout the Writings of Bahá’u’lláh, but rarely do we meet her face to face. And in no other English-language tablet I know of do we meet her in a sacred garden — a “most sanctified,” a “most sublime,” a “blest, and most exalted Spot,” a garden whose symbolic significance is clear from the names Bahá’u’lláh conferred upon it — “Our Verdant Isle,” “Our New Jerusalem,” and “Our Green Island.”

“Our Green Island” — it is a designation we might well apply to our planet earth, which is, after all, only a small island of green in a sea of black space surging with waves of stars. Our fragile planet cries out for the kind of care the Ridvan Garden received from Abu’l Qasim, the loyal gardener Bahá’u’lláh appointed to tend it. It begs for the kind of attention shown it by the tender-hearted believers who carried flowering plants in their satchels, all the way from Persia, in the hope of beautifying the garden for their Beloved. Especially in the wake of the global crises that have appeared before us in recent months in all too predictable succession, our endangered planet demands of us the same kind of love the Manifestation of God showered on this small garden just outside of Akka.

Trustworthiness — as the words of the maiden make clear, this is no ordinary virtue, but a cardinal one upon whose cultivation so much, perhaps everything, depends. As we practice the virtue of trustworthiness in our most intimate relationships, we weave together the threads that will form the fabric of communities characterized by the same virtue. By striving to master this virtue, we engage in the divine art of building communities that are not merely safe, but vibrant and thriving — our own green islands.

This issue of e*lix*ir is devoted to reflection on our “Green Island” and on the virtue of trustworthiness — its presence and its absence in our world. In the art section, we feature paintings by Pam Jackson and Nikki Manitowabi, both long-time residents of Manitoulin Island in northern Ontario, a place that is, quite literally, a green island for much of the year. Carried forward on the wings of prayer, their joint art project gives us a glimpse of life on an island that has, in recent times, become home to a community of white settlers, but which has long been home to a confederacy of Anishinaabe tribes — the Odawa, the Ojibway, and the Pottawatomi — and remains the site of the only unceded indigenous land in Canada.

Inspired by their reflection on Bahá’u’lláh’s vision of the maiden, Pam Jackson and Nikki Manitowabi sought to create a portrait of life on their green island and to evoke a vision of a community as it strives to embody the virtue of trustworthiness, in ways both large and small, not the least of which is a collaborative art project in which two painters from communities that have, for generations, been at odds with one another, come together to celebrate the gifts of their green island.

Two Personal Reflection Pieces appear in this issue. In “Our Verdant Isle: Finding Our Way Back to the Garden,” I reflect on Bahá’u’lláh’s vision of the maiden and ponder her potentially life-transforming words. I wanted to know: why is this virtue so important? What impact might its practice have on individuals and communities? Why did this virtue appear to Bahá’u’lláh in the form of a maiden? To find answers to my questions, I took to heart ‘Abdu’l-Bahá’s guidance to “investigate and study the Holy Scriptures word by word.” (Promulgation of Universal Peace)

In “The Circle of Existence,” Susan Mottahedeh reflects on the twofold station of every human being, “one luminous, the other dark,” as elucidated in a tablet that appears in Light of the World, a selection of some recently-translated Writings by ‘Abdu’l-Bahá published to mark the centenary of His passing. The powerfully evocative sketch that accompanies Mottahedeh’s piece is the work of Canadian artist Soraya Tohidi.

In bidding farewell to this special year of reflection on the life and ministry of ‘Abdu’l-Bahá, a Personage who so perfectly embodied the virtue of trustworthiness in all His actions, we share some of the poems read at the Global Poetry Reading this past November to mark the centenary of His passing. In our poetry section, we offer poems by James Andrews, Harriet Fishman, Anthony B. Lee, Imelda Maguire, and Valerie Senyk.

We are delighted to feature Tami Haaland in our Artist’s Profile. A longtime Bahá’í, this former poet laureate of Montana is the author of three collections of poetry that have deep roots in the wild prairie landscapes and close-knit communities of rural Montana, yet strive to reach the worlds beyond this world. We are pleased to feature for our readers a handful of Haaland’s poems, both on the page and in audio recordings. In the profile, we also include the transcript of my interview with Haaland this past winter, an interview in which she reflects on her own journey as a poet and offers insights into the writing process, the purpose of poetry, and the place of the poet in the community.

In “The Writing Life” column, we offer the reflections of Irish poet Anton Floyd on one of the most pressing issues of our time: forced migration and displacement. In “Giving Voice to Dispossession,” Floyd explains how a childhood ruptured by the Turkish invasion of Cyprus gave rise to his most recent book of poems, Depositions (2022). In our review section, Jim Burke offers his thoughts on Depositions and on Floyd’s 2018 volume of poems, Falling Into Place.

The fruit of meticulous and wide-ranging research, Richard Hollinger’s essay, “The Literary Life of Rosey Poole: Champion of the Oppressed,” offers a fascinating look at a remarkable but little-known life: the life of Rosey Poole, the first person to translate Anne Frank’s diary from Dutch into English, and an activist who, in the final years of her life, found in the Bahá’í teachings a way to express her life-long commitment to a multitude of social and literary causes, from the Black Arts’ Movement to the movement to dismantle apartheid. In his essay, Hollinger gives us an overview of the life of this social justice champion, a woman who found herself entrusted with the most widely-read holocaust diary to emerge after World War II and who took it upon herself to promote the work of African-American poets whose voices might otherwise have gone unheard.

From Iran, once again, we bring readers Eira’s beloved comic, Ruhi & Riaz. In this latest installment, Ruhi & Riaz reflect on the devastating impact of the Iran-Iraq war, on the Bahá’í community of Iran.

Also from Iran come the two essays we feature in the “Voices of Iran” section, one heartbreaking and the other heartwarming. In “The Holiest Part of the Desert,” Nava tells a poignant tale about a visit to a government-designated Bahá’í graveyard in the middle of the desert; and in “A New Qiblih,” Nahal Lofti tells a lighthearted story about her grandfather’s conversion to the Bahá’í Faith as a result of a dream.

We round out this issue by taking a look in our book review section at an important little book reissued by Kalimat Press in honor of the centenary. Including a compilation put together by Shoghi Effendi and Lady Blomfield, The Passing of ‘Abdu’l-Bahá, bears revisiting for its detailed account of the responses to and events surrounding the passing of the Master.

Once again, we must thank Ann Sheppard for capturing beauty in the remarkable photographs that appear on the pages of this issue.

In these days of world-encircling frustration in response to an ongoing global pandemic, a climate gone wild, and a multitude of senseless wars, let us take time to reflect on how we might nurture the virtue of trustworthiness, a virtue upon which the very survival of our planet depends. As we go forward in our lives, let us hold before us Bahá’u’lláh’s vision of “one of the Beauties of the Most Sublime Paradise” and let us build, with vigilance and with care, every one of our treasured relationships on the firm, the unshakeable foundation of trustworthiness.