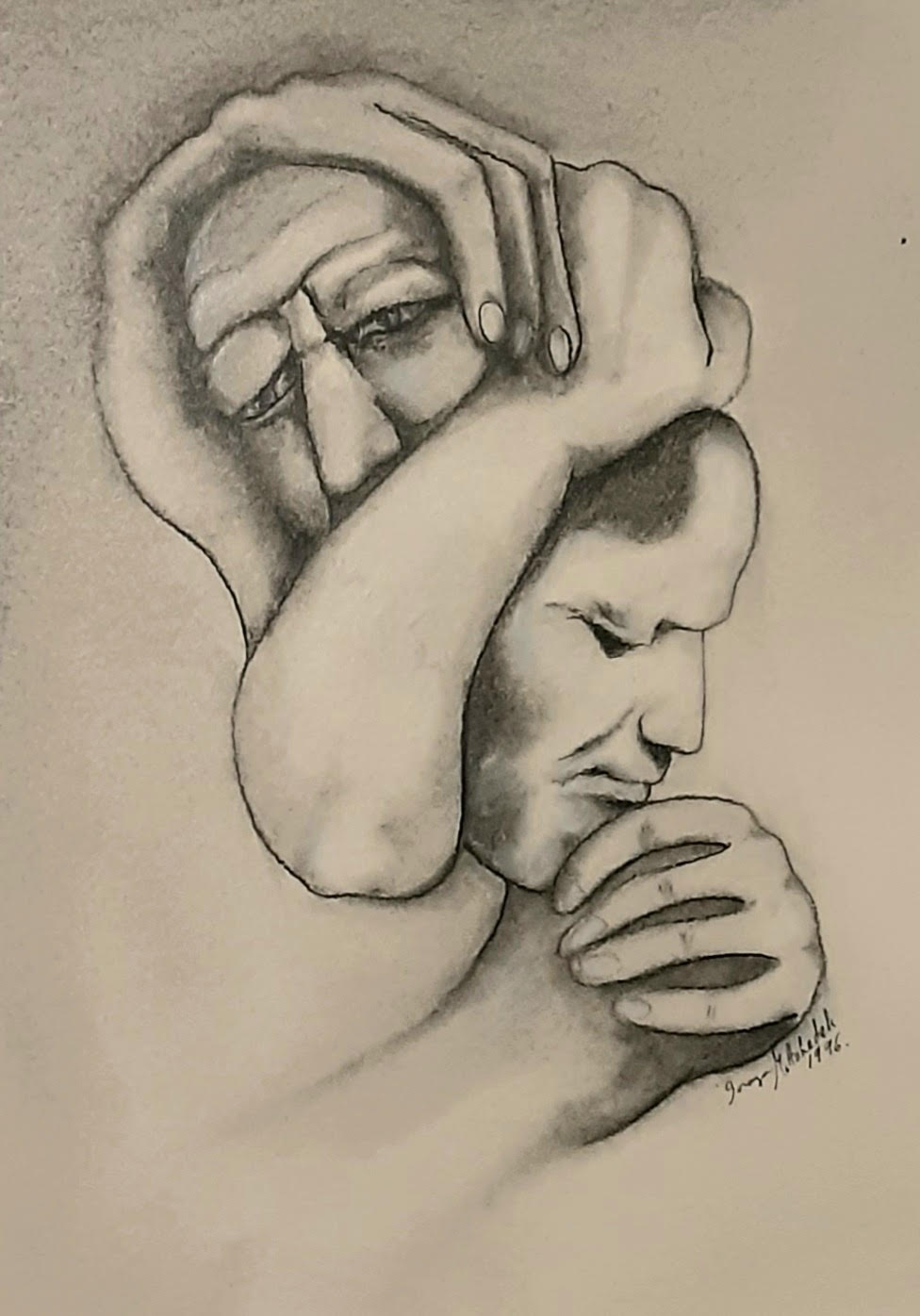 The Circle of Existence

Man, however, hath a twofold station: one luminous, the other dark; one pertaining to the realm of the Divine, the other to the world of nature; one inclined towards heavenly virtues, the other towards satanic qualities. For man standeth on the demarcation line between light and darkness. In the circle of existence, he is situated at the lowest point, which marks at once the end of the arc of descent and the beginning of the arc of ascent. For this reason, he is free to move in either direction: towards light or darkness, towards ignorance or guidance — depending on the one that prevaileth. Should the rational faculty prevail, man would shine radiantly and occupy a lofty station in the realms on high. And should the self and the lower nature prevail, the result would be darkness and he would fall into the nethermost fire. For in man the powers of the heavenly Kingdom and the forces of his animal nature are at war until one or the other doth triumph. The Glory of Glories rest upon thee. (Light of the World: Selected Tablets of ‘Abdu’l-Bahá, #29)

As we near the end of this centenary year in which we have been called to profound reflection on the life of ‘Abdu’l-Bahá and on the Covenant at whose center He stands, I thought it fitting to reflect on an excerpt from Tablet # 29, which appears in the recently publishing volume of ‘Abdu’l-Bahá’s Writings, Light of the World. In this excerpt, ‘Abdu’l-Bahá tells us that, as human beings, we have a “twofold station.” One could have imagined Him saying a dual nature. But the choice of the word “station” is noteworthy. A ‘station’ is a place or position in which something or someone stands or is assigned to stand or remain. But this “station” is not one in which we, as human beings, will remain: it is only a starting point, a point of departure as we set out on our journey either to move closer to God or further away. As ‘Abdu’l-Bahá tells us, both options are available.

He also tells us that the “station” or place from which we begin our journey is “twofold,” both “luminous” and “dark.” One path we may take “is inclined towards heavenly virtues” and leads to the “realm of the Divine,” while the other is inclined towards “satanic qualities” and leads us deeper into “the world of nature.” The bountiful Creator has left the choice to us. As ‘Abdu’l-Bahá further explains, the place where we stand is, in fact, the “demarcation line between light and darkness.” Perhaps this is the place in which we are tested? The forces of the world of nature entice and can entrap us, but even such a test can be seized as an opportunity to strengthen our spiritual muscles so that our higher nature can triumph.

“In the circle of existence,” ‘Abdu’l-Bahá continues, we, as human beings, are “situated at the lowest point.” At first, this statement seemed, to me, a paradox since elsewhere in the Bahá’í Writings, human beings are considered the highest form in creation. Then I realized that perhaps what ‘Abdu’l-Bahá was saying was that we stand at the lowest point in the circle of existence in relation to the heights of glory to which we are called, heights we can attain through conscious effort when illumined, guided, and sustained by the light shed by the Writings revealed by God’s Manifestations. Our station, thus, stands in direct opposition to that of the lower kingdoms of creation, which are perhaps at the highest point of their existence purely by virtue of being called into being by God.

How fascinating that our journey as human beings begins at the lowest point on the circle of existence! This beginning, ‘Abdu’l-Bahá tells us, “marks at once the end of the arc of descent and the beginning of the arc of ascent.” I first imagined the arc of descent as descending from the top of the circle to the bottom (moving in a clockwise direction) and the “arc of ascent” ascending to the top of the same circle. As I pondered the circle further on the evening of the Chinese Lantern Festival, I noticed that the moon was full: that luminous orb was surrounded by a lunar halo. Every point on that circular halo was illumined by the glow of the moon at its center. It would seem that as we step towards the light, we are on the arc of ascent, but if we turn away, we then begin our descent into darkness. At every moment and at every point in our lives, we have the choice to turn towards the light or towards the darkness. Today, our world is engulfed by powerful dark forces — materialism, individualism, self-interest, suspicion, comparison, competition. In order to combat these forces, we need to align ourselves with the most powerful force in the universe — the Word of God.

For at the lowest point — “the end of the arc of descent and the beginning of the arc of ascent” — we are given complete freedom to choose and to move. God has given us free will: the choice is ours alone to make. However, it would seem that once a step is taken in either direction, other powers and forces may come into play to propel us further in whatever direction we have chosen. If we choose to follow spiritual “guidance,” our souls will grow stronger and we will ascend through doors that open onto loftier stations. If we choose to move towards the darkness of “ignorance,” our souls will grow weaker, our lower nature will be reinforced, and our descent will gain momentum.

Oh, the bounty of the rational faculty, the human spirit, when it is illumined by the light and love of God! It is then that it “shines radiantly and occupies a lofty station in the realms on high.” And oh, the darkness and deprivation when it turns away, with “self and lower nature prevailing,” and “falls into the nethermost fire!” There is a war raging within and without between the “powers of the heavenly Kingdom” and the “forces of the lower nature.” The current state of our world would suggest the latter is triumphing. But as we immerse ourselves in and apply the teachings of Bahá’u’lláh, as we strive to follow in the footsteps of ‘Abdu’l-Bahá, we step into the light on the “arc of ascent” and gain confidence that the “powers of the heavenly Kingdom” will triumph in the end. 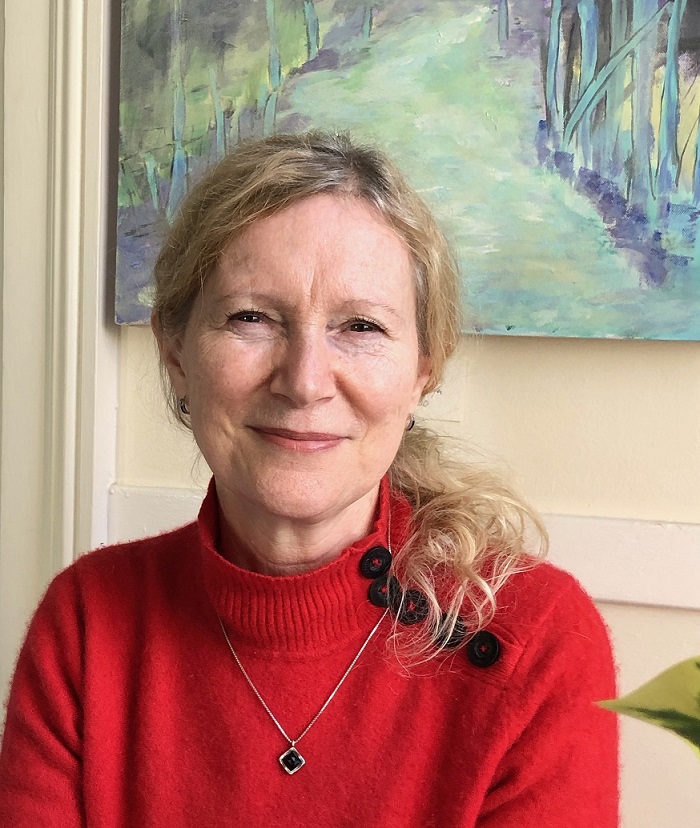 Susan Mottahedeh
Bio:   Susan Mottahedeh is an award-winning journalist who has a deep desire to inspire others through her writing. She is currently working on a book — On the Wings of Angels — about her time in China. Although she left China, she says China will never leave her. She captures her days through haiku and is collaborating with a Chinese friend in writing a series of articles to promote unity in diversity. She and her husband live in Richmond, B.C. 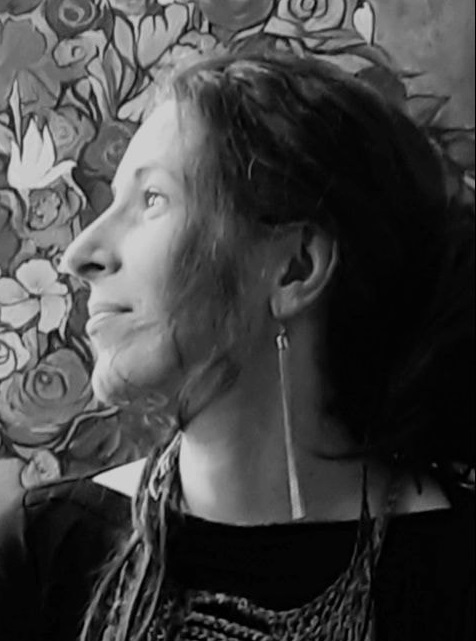 Soraya Tohidi
Bio:   Soraya Tohidi is an artist based in Victoria, B.C. Her mother, Monique Mottahedeh, was a talented artist and her first mentor. At the age of fifteen, she studied Chinese painting with world-renowned artist Thep Thavonsouk. Soraya’s travels to Africa and parts of Asia have had a profound influence on her art. In 1993, her family opened the first art gallery in Vientiane, Laos called Champa Art Gallery, where she displayed her art for many years. Her website is sorayatohidi.com.