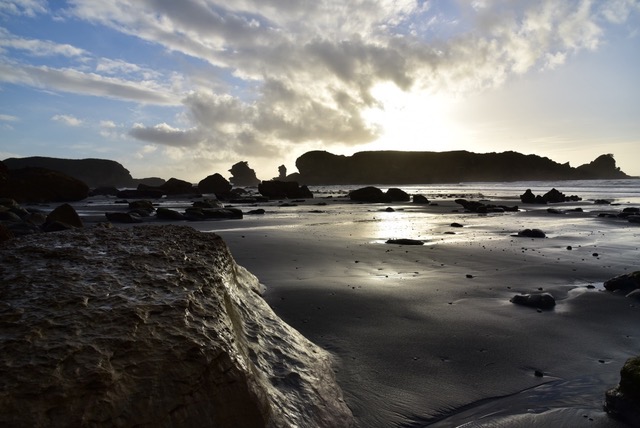 Knowing God through His Creation

“...whatever is in the heavens and whatever is on the earth is a direct evidence of the revelation within it of the attributes and names of God, inasmuch as within every atom are enshrined the signs that bear eloquent testimony to the revelation of that most great Light. Methinks, but for the potency of that revelation, no being could ever exist.” — The Kitáb-i-Íqán, paragraph 107

Bahá’u’lláh writes: “...whatever is in the heavens and whatever is on the earth is a direct evidence of the revelation within it of the attributes and names of God.” Here, Bahá’u’lláh explains that all created things have the capacity to reflect God’s attributes. I thought about the sea, which is my favorite part of the natural world. The sea is infinite, and, in this way, it can serve to remind human beings of a God who knows no restrictions of space. Then I thought about the sun that shines on all alike. Like the sun, God extends His grace, favor, and kindness to each person. Stars light up the night, and this is exactly what God does when His creatures pass through the darkness of difficulties. After reflecting on this passage, I concluded that everyone, if they look carefully, can find the signs of God in His remarkable creation.

In the next part of the passage, Bahá’u’lláh develops this theme: “...within every atom are enshrined signs that bear eloquent testimony to the revelation of that Most Great Light.” Here, Bahá’u’lláh is telling us that even an atom, the smallest element of the physical world, proclaims God’s names. This made me think that perhaps physicists could understand God’s names and attributes better than most others, since they can see how skillfully God has designed even the most miniscule parts of the universe. Can someone who devotes their life to studying the structure of the atom say that the universe came into being by accident? It is significant that Bahá’u’lláh refers to God as “that Most Great Light.” Some lights are so bright that they can damage the eyes. Similarly, God’s essence is such that human beings do not have the capacity to know Him directly: they can only discern the beams shed by this Great Light in the form of attributes.

“Methinks, but for the potency of that revelation, no being could ever exist” — so Bahá’u’lláh writes in the final sentence of this passage, emphasizing that all created beings, visible and invisible, exist solely because God created them. God gives life to all things and all people, even to great scientists such as Einstein, Darwin, and Galileo, who have discovered so much about the mysteries of the creation. I think it is important for all seekers on the true path to remember their nothingness — where they have come from and who created them. How can we be vain about our achievements when we know that we are merely creatures, given life by an All-Merciful God?

As human beings, we are limited, unable to touch the essence of God, but through what He reveals in his creation — His attributes — we can know Him. If we look carefully, we can discover God everywhere, for it is He who brought into being the entire creation. His knowledge and power are infinite, but He is unknowable except through His signs and attributes.