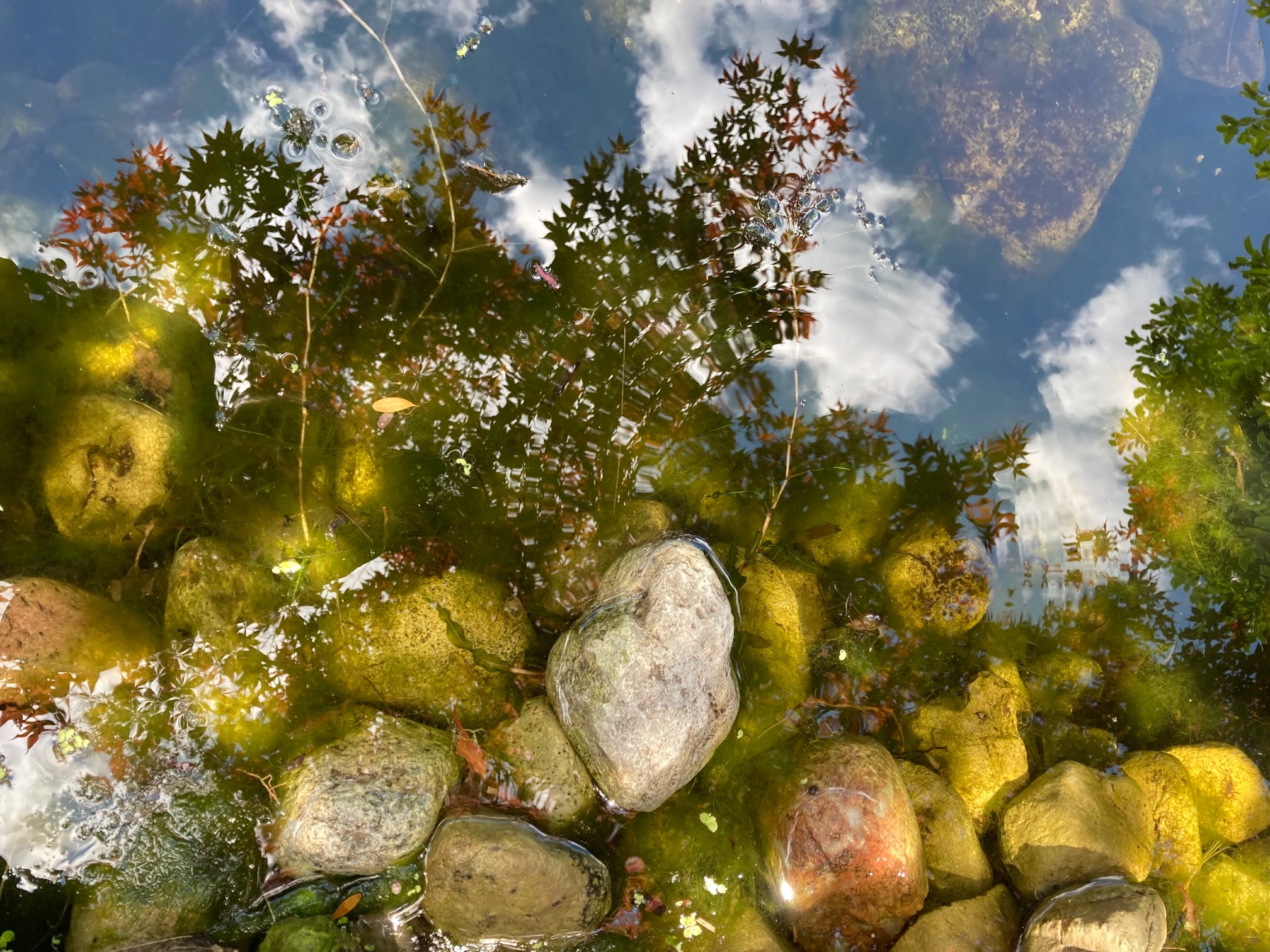 I have a tiny fruit garden in northern Iran that I inherited from my ancestors. It first belonged to my great-grandfather, who was a farmer, so, for me, the garden is not just a garden but an ancestral realm. The garden stands right next to our house, but it has a separate entrance: a rusty metal door at the back of an apartment building in the middle of a crowded city, a door that would seem to promise anything but a garden. But it is there, just behind that door, my tiny heavenly garden, with its three plum trees, its two orange trees, a great old fig tree, as well as a giant wild pear tree and two walnut trees, one of which stands right behind the rusty door.

When you pass the walnut tree, you see a small but very old plum tree. This tree is my most cherished one. It reminds me of my grandfather’s story about how his father planted this tree in the last year of his life but didn’t live to taste its fruit because he died suddenly in an accident. Every year, the tree yields many sour-suit plums, though it has become weaker in the past few years and I wonder how long it will continue to bear. Termites have started eating the wood of this old tree and colonizing its trunk.

If you go further into the garden, on the right side you will see an old fig tree about six meters high that protects our house like a natural umbrella. It has done its job well, shielding our house during the last hurricane so that, unlike the neighbors’ houses, it was not damaged. In autumn, the tree is laden with figs waiting to be picked. Fig jam is popular in our family. The remaining figs will ripen on the top of the tree and acquire a pungent smell, as sharp as old wine.

On the other side of the garden stands a tall wild pear tree that seems to touch the sky. I haven’t tasted a better pear anywhere. The tree looks like a cultivated pear tree, but its fruit is juicier and tastes like a pineapple. The only way to pick the pears is to shake the tree so the pears fall to the ground and you can collect them. Sometimes they land directly to our heads and sometimes I joke that it might be worth dying for one of these delicious fruits.

At the other end of the garden, I planted three saplings five years ago. They will take a while to begin bearing, so I do not have much hope to eat their fruit right away. One of them is a pear, the other is a nectarine, and the last one is a quince tree. This year, the quince tree bloomed with many flowers, giving me some hope. Its flowers have white petals, which are as soft as silk, and its leaves are wooly. I should wait till autumn to see whether they turn into quinces or not. For me, each of these trees is far more than a tree; each is a character playing its part in the delicious drama that unfolds every year in my tiny fruit garden.